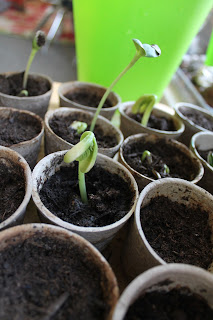 A few weeks ago, our class was given the task of planting and maintaining two kinds of starter plants-sunflowers and beans. We were informed by August's Mom that she chairs a community garden in Ypsilanti that provides fresh vegetables and fruits to a local food distribution center and that our assistance was needed.  Kindergartners were happy to help and diligently watered and inspected our earthly treasures during their stay near our window sill. 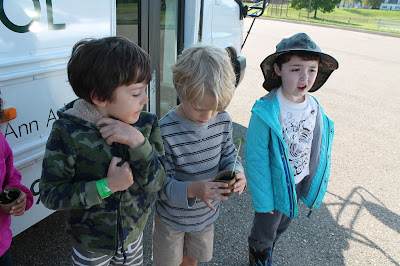 Last Friday, however, we took a trip over to the actual garden site and released our plant babies to the soil. There were several chores that had to be done beforehand, though.  First, Ks received a tour of the Normal Park Community Garden  and had an opportunity to sample some of its wares. Asparagus never tasted so sweet and the pungent aroma of mint filled the air as we munched and carefully stepped past several plots. 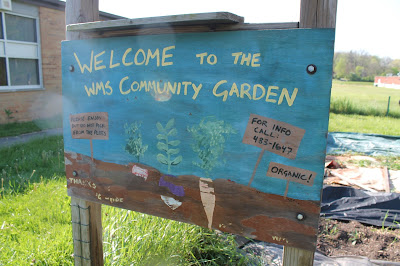 We discovered that a "cooperative garden" means that the patrons really collaborate with each other to maintain the space.  One gardener in particular, who was also our supplier of more seedlings to plant, met us on site.  While there, she placed a sign on her area that stated, "Gone until the 30th, please water" with full confidence that her area would be taken care of by others in her absence. 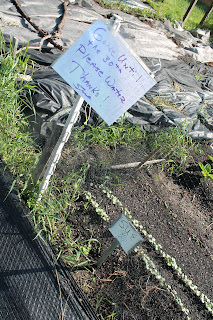 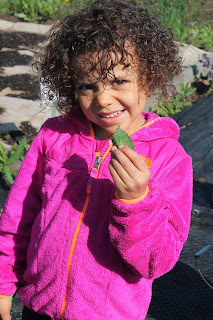 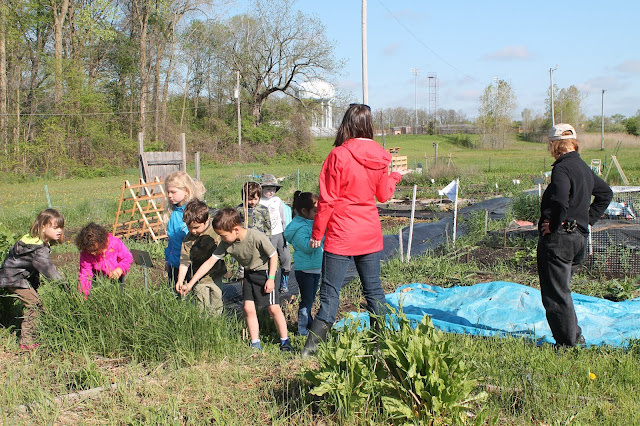 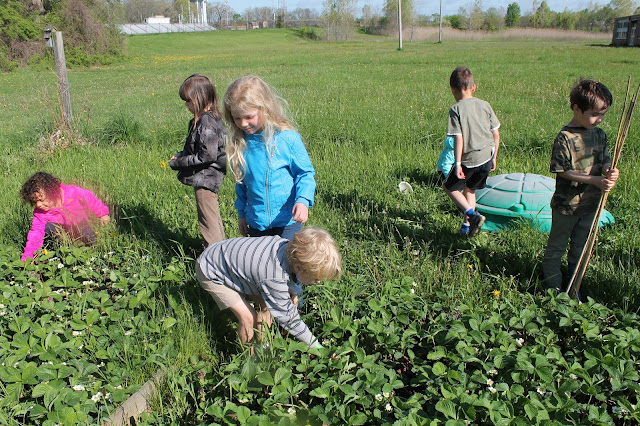 Although August's Mom informed us that the strawberry bushes would not be ready until much later in the season, we still had to check behind every petal, just in case.  We were told that there will eventually be a strawberry in place of each flower! 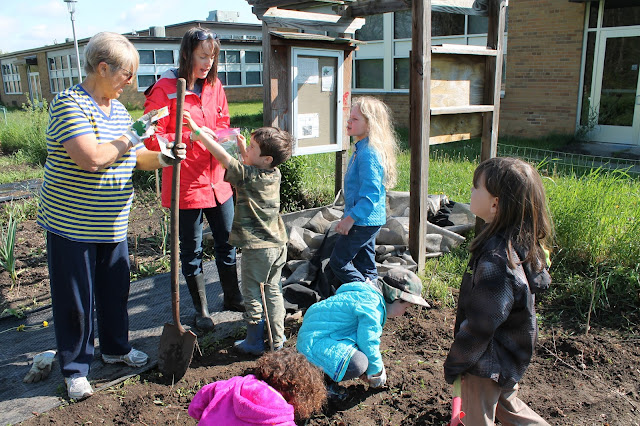 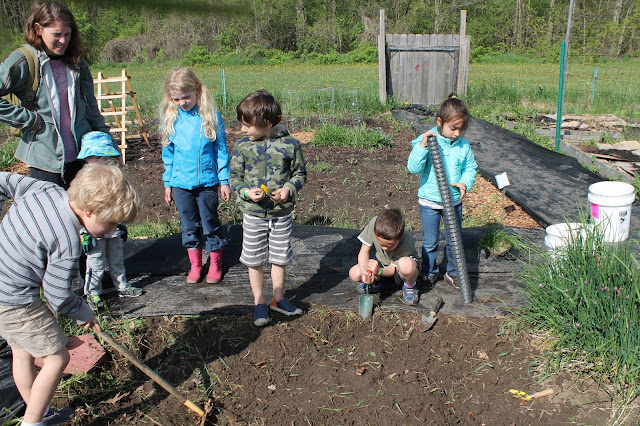 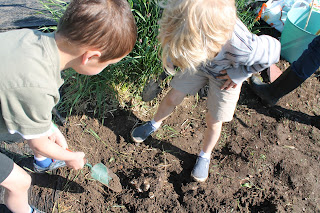 After the tour, Kindergartners literally got down and dirty pulling up tons of weeds, piling up stray stones, and digging up a very large and unwelcome rutabaga root.  We also observed some of nature's helpers and foes, the earth worm and the caterpillar.  After hauling the debris to the compost heap, Ks then created several mounds of loosened soil for their first plantings, yummy squash.  Next, August's Mom and Grandma instructed us on how to distance snap pea, radish, kale, green bean and carrot seeds from one another by creating well-aligned rows using poles and string as guidelines. 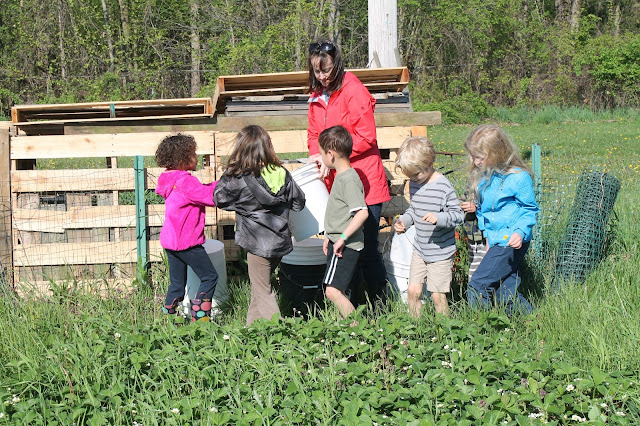 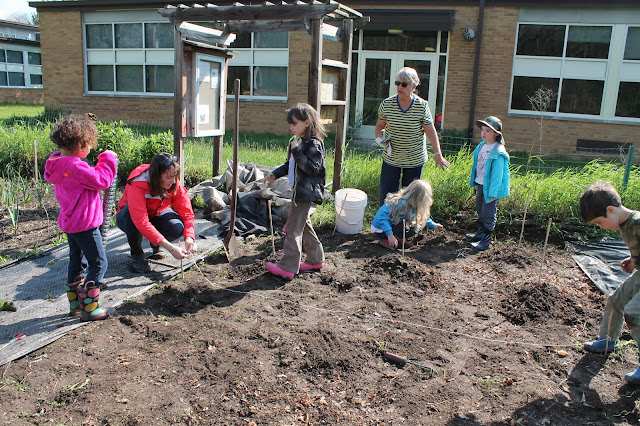 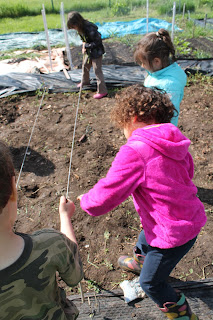 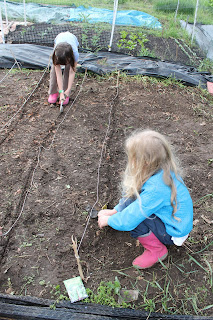 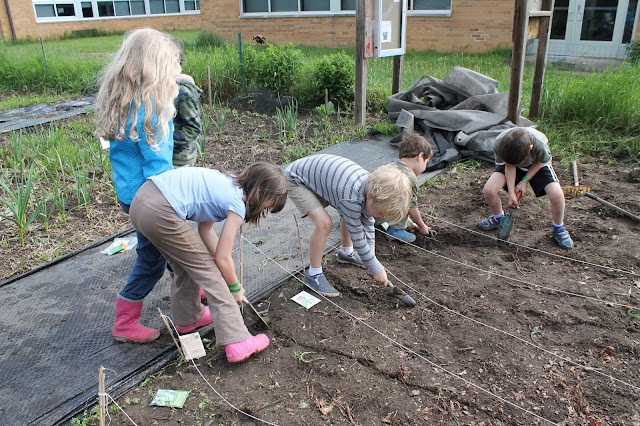 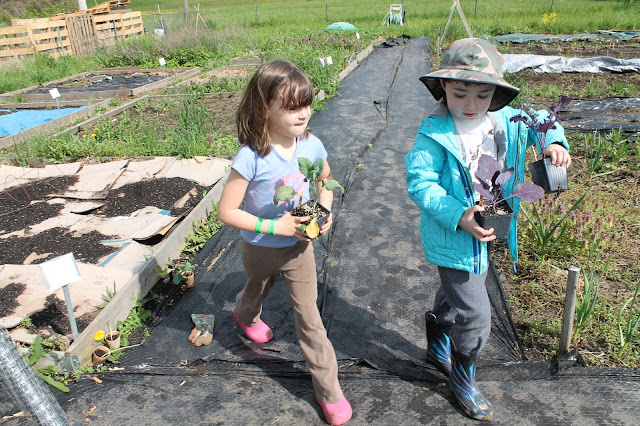 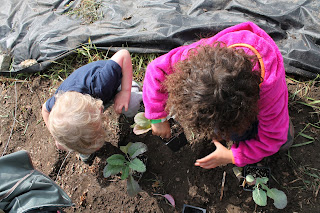 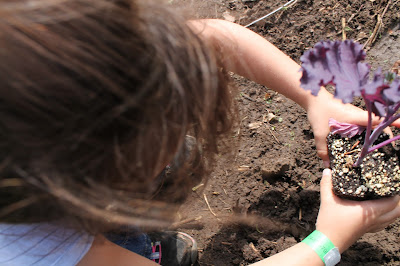 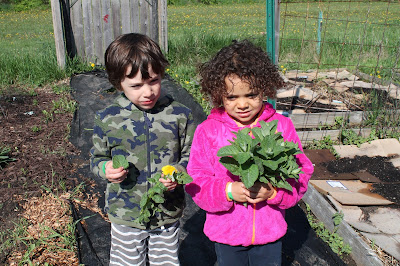 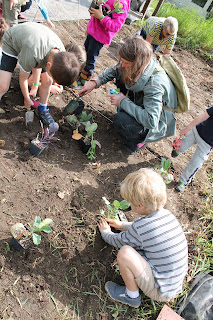 We finally put our flats of seedlings in the ground in the garden plot's remnant of space and washed off our hands with the hose.  After all of that hard work, Grandma treated us to large slices of cool watermelon and read us stories from her vast garden-themed storybook collection.  Lastly, we ran the bases on the baseball diamond and played chase in the wide open field, then boarded the bus to return to school.  We will visit the garden again in a few weeks to check on our efforts and maybe even get an opportunity to water our neighbor's plants! 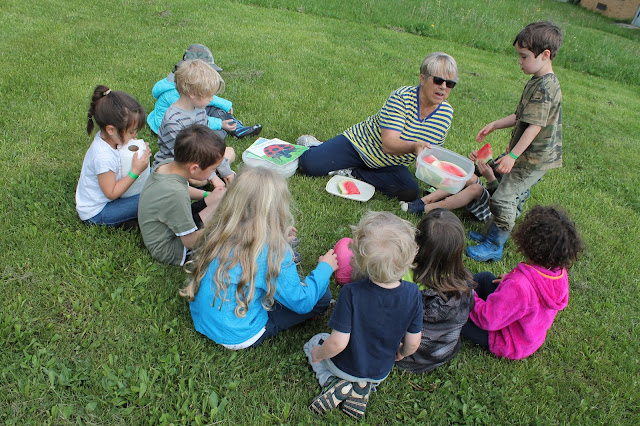 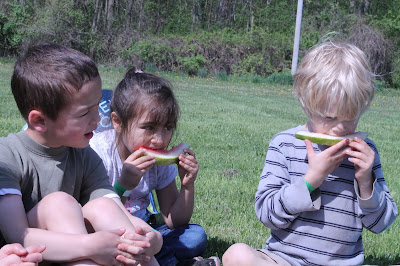 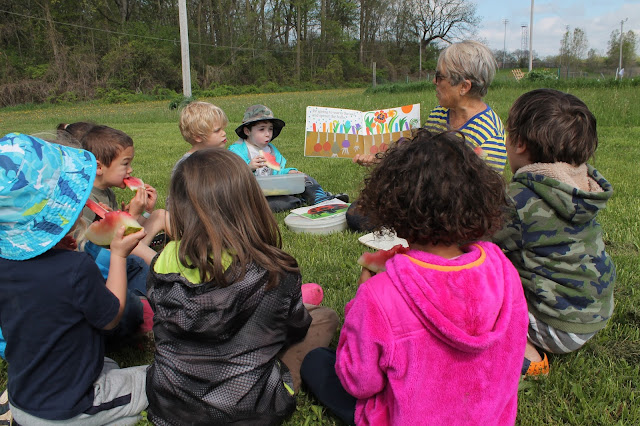 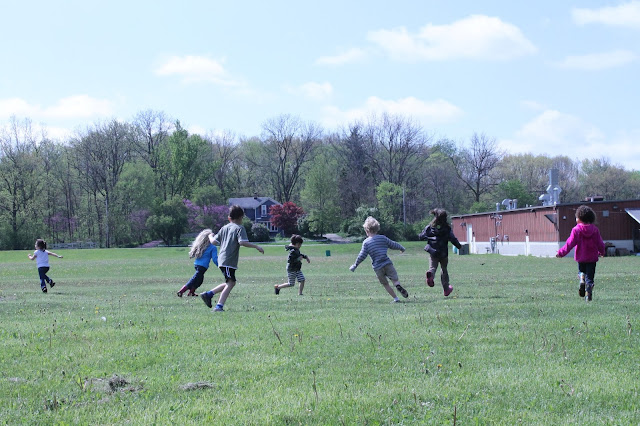 According to a fantastic book that I picked up at the Brooklyn New York Botanic Garden one summer called Gardening with Children by Monika Hannemann and others and illustrated by Sam Tomasello, "this activity teaches children many valuable lessons they will carry with them throughout their adult lives.

Some examples given were: 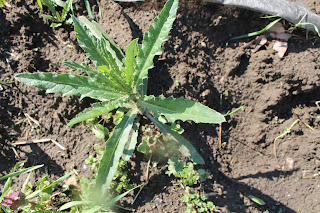 Posted by vtwynne.blogspot.com at 1:45 PM